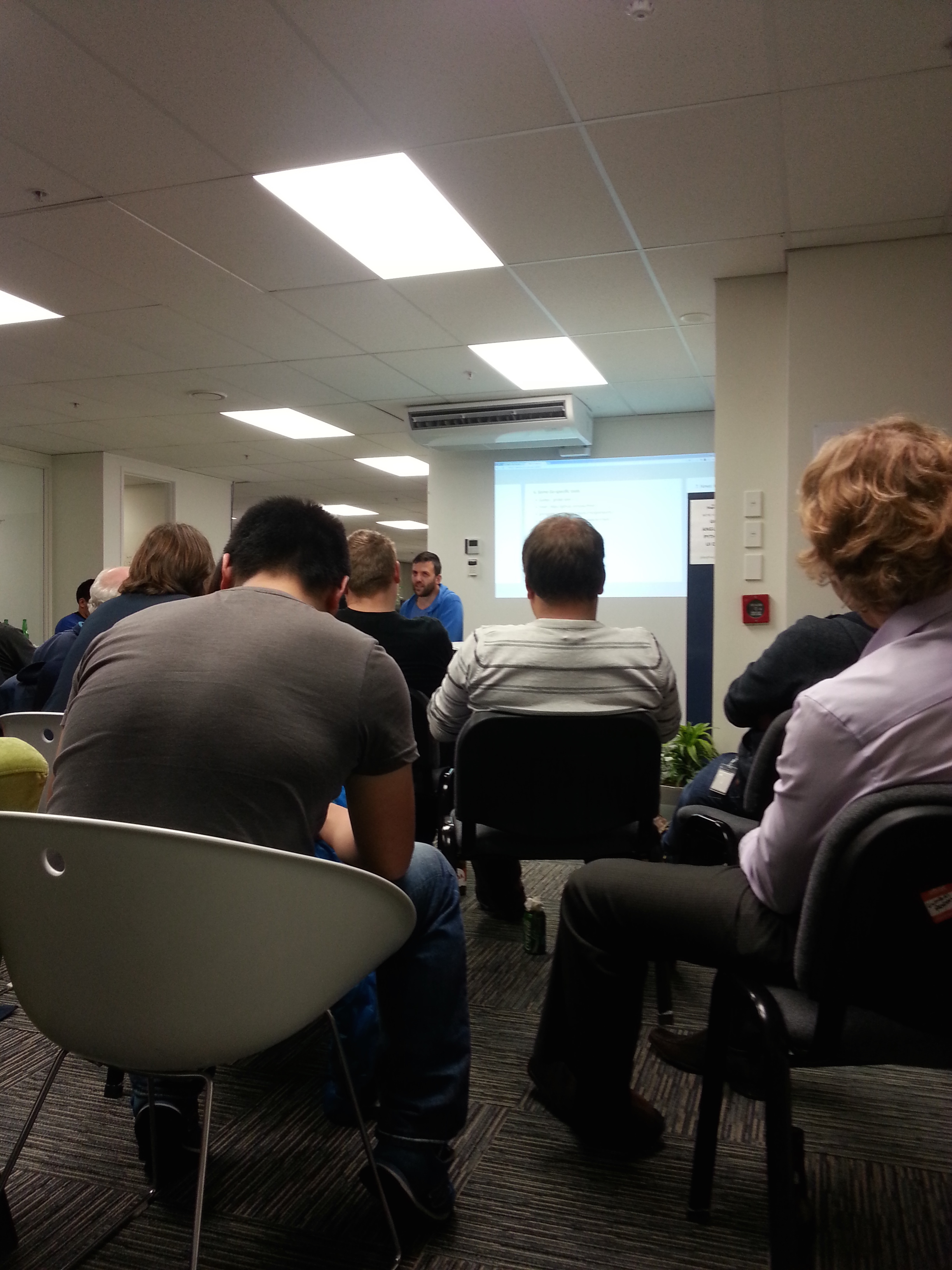 The first in my series of post MeetUp blog posts, this post reviews the Go Auckland MeetUp.  The Auckland Go MeetUp was an evening full of promise given that the GO programming language is fairly new.

The MeetUp began at 6.30pm with complementary pizza and a chance to catch up with fellow software people.  Most in attendance were from the host company Hapara, a software firm in Auckland, who hosted the Meetup at their office & paid for the pizza!

The evening’s presentation by Ams, a developer at Hapara, started with some simple introductory code samples which were prepared on Ams MacBook Pro.  Ams coded the demos live using Vim, and the demo gods were kind.

The benefits of Go related at the MeetUp are: cross-compilation of a modern ‘high-level’ language to IOS, Mac, Windows, Android and Linux;  ‘C-like’ performance from being compiled to platform native binaries;  modern library support which is growing as; the language is actively being developed and used by Google Inc.

The drawbacks might be related to its immaturity as a platform, and fairly sparse community support online.  For myself personally, when I was searching for the best IDE to use with Go on Google and Stack Overflow I found there was very little about GO on that site.

There are most likely other forums of which I am not yet aware, however as I’m currently working in dot net I was reminded how well served we are when it comes to extensive documentation, guidance and code samples online from Microsoft and the huge number of developers who work on top of the CLR (Common Language Runtime).